WHERE: The parking lot of the Bank Street School at the corner of Bank St and Leighton Rd

WHEN: Once a month, on the second Saturday from 10:00am to noon

HOW: Our volunteers collect recycling for ReFuse once a month. Please follow the 3 steps below before you drop off.

Payment is by donation. Our neighbourhood association pays ReFuse, our recycling partner, by the number of 36″ X 48″ bags we collect.

Know Before You Go:

To help speed things along on recycling day, please review these 3 steps: 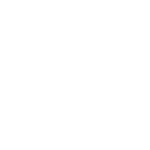 Make sure your plastic is CLEAN.

Sort your recycling material into separate categories BEFORE coming to recycle.

This is the list of what’s acceptable for our South Jubilee plastic recycling program:

It all began back in 1997, when Roger heard of Chris Mowat and his dogged efforts to gather plastic and take it to a Vancouver plant for reprocessing into “super wood”. Roger convinced Chris to try a pilot project in South Jubilee where residents would bring their plastic to his truck at the Victoria College of Art parking lot one Saturday per month. The first day there were 54 residents with their plastic. The word got out and soon individuals from other neighbourhoods were turning up at our monthly collections. Early in 1999 and based on the South Jubilee model, Fairfield organized its own process at five locations in their neighbourhood. They were soon followed by James Bay, Saanich and later, Oaklands.

We now deal with ReFuse Resource Recovery who come at the end of our recycling to pick up all the plastic collected. This program takes almost all types of plastics, styrofoam, electronics, and much more. The CRD program (blue box) currently takes hard plastics, tetrapaks, gable top cartons and paper cups.